I have been finding more and more posts online that make the claim that Ina Ray Hutton was the first female bandleader in history to lead an all-girl or all-male band, and that she was the first to record with those said bands. This is not correct. Although Ina Ray Hutton was one of the earlier female bandleaders, she definitely was not the first in history. And let me remind you, although there were records of all-female orchestras in the past, they were also a novelty and not quite as popular nor as many in number as their counterpart, the all-male bands.

The oldest record I could find so far was that of Babe Egan and her Hollywood Red Heads in 1924, although again that doesn't mean she was the first either, just the first I could find. In history there are plenty of records of all-girl bands or all-female ensembles.  The Los Angeles Women's Philharmonic was established in 1893, and records show that all-female bands were performing from the late 1800s well into the turn of the century. As far as an orchestra led by a female, to my knowledge the first I could find was Babe Egan in 1924. Then, there was also Jean Rankin and her Bluebelles, which was an all-girl band way back in 1929. The Ingenues were also an all-girl band that traveled the vaudeville circuit during the 1920s. Then there was Peggy Gilbert and her all-girl band that I can date back to the early 1930s.

So without further adieu, here is just some of the information I have gathered on these lovely ladies and their amazing all-girl (and some all-male) orchestras.

Known to many as "Babe," Egan was not only one of the first female bandleaders but also a great violinist. She started her all-girl band the "Hollywood Redheads" in 1924 until around 1933. Babe and her Redheads toured not only the United States and Canada, but also all over Europe during the vaudeville days. It was said by many female musicians in later years, that Babe and her all-girl band inspired them to get into music as professionals. Other groups of the time period I found were Jean Rankin and her Bluebelles, as well as the Ingenues who toured during the vaudeville days as an all-girl band.

Margaret was raised by her mother, an opera singer and father, an orchestra leader and violinist in Iowa. By the age of 7, she was touring with dance troupes and performing with her father's groups on the piano and the violin. By the time she graduated high school it was obvious that she had her heart set out to follow in her father's footsteps, becoming a bandleader. Known for her tremendous skill as a saxophone player, Peggy not only led but performed with her first all-girl band "The Melody Girls," and received rave reviews, even being broadcast nightly over a local radio station in Sioux City.  Peggy led a career that spanned 8 decades, not only as an advocate for female musicians, but as a sensational saxophone player and yes, bandleader. 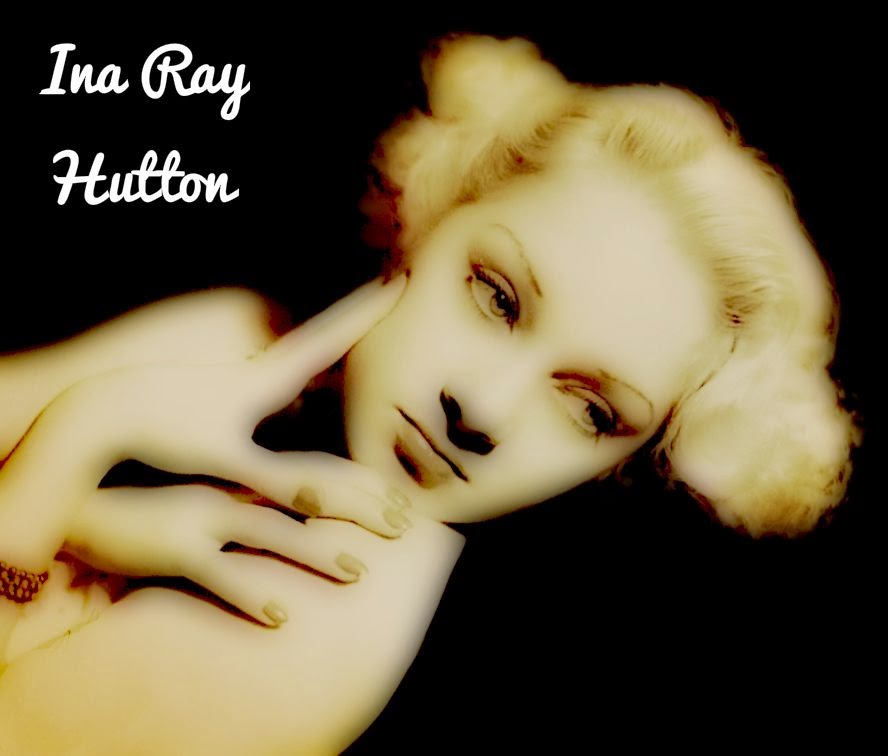 If you read my earlier article about Ina Ray Hutton's life, you will gain insight on her past and her entire career in music. Ina was a skilled dancer and performer at a young age, and she appeared in many shows before she turned 18. By 1934, she fronted the all-girl orchestra, set up by Irving Mills and Alex Hyde, known as "The Melodears."  Although she was called the "Bandleader," this was again just a front, a means of entertaining the crowd as her skimpy dresses, amazingly talented dancing and baton whirling was all part of the show. It wasn't until later on in her career, around the time she dropped the all-girl band and started her all-male orchestra, that she had become trained in music enough to feel confident in leading her band. Ina drew even greater success with her all-male orchestra, although later down the line when the opportunity arose to have her own television show, she seized the chance to revive the all-girl band, once again. 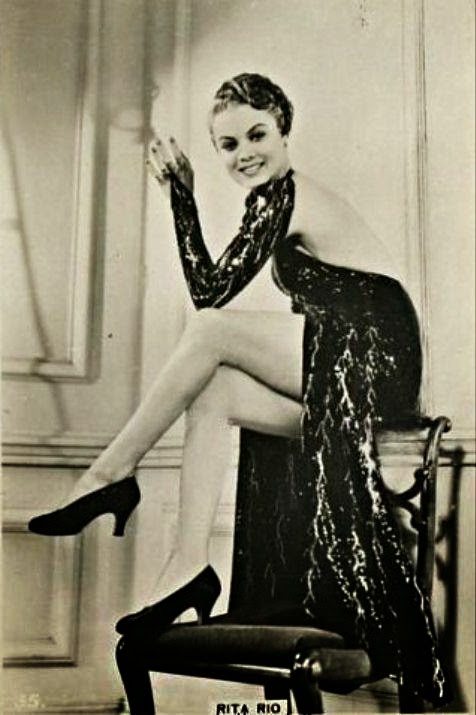 
During a time when Ina Ray Hutton and her Melodears were making the female bandleader and all-girl orchestra popular, she was not alone, there was also Rita Rio & her Rhythm Girls. In fact as you can see above there were other females who got the ball rolling first. Rita Rio (aka Donna Drake) was also a very popular name back then and she also had her all-girl orchestra from the 1930s into the 1940s. As with Ina Ray Hutton, she was the focal point of the outfit being shapely, energetic, & good looking, always keeping the attention on her and drawing in the crowds. She married American costume designer, William Travilla, in 1944. The couple remained married until her death in 1989.

Another of the females who led an all-male orchestra was Ella Fitzgerald, although the circumstances surrounding her sudden role did not come about happily.  You see, she was a singer for Chick Webb and his Orchestra for several years. She was very close to him and so when he passed away, Ella didn't think twice about taking over the band and keeping it going for Chick. Ella maintained her role as a singer but also "fronted" the orchestra as the bandleader, even recording many records with them from 1939-1942 when the group disbanded and she went solo.  Ella's method was not to prance around and dance like Ina Ray or even Rita Rio, instead she stood in front of the microphone and sang for the crowds. This worked for her, as she was always able to captivate her audience with her voice.

Bandleaders or "Fronting" the band? Which is it?


When it came to the subject of whether or not these women "fronted" their bands or actually led them, it was questionable. Many of the women such as Ina Ray Hutton, Rita Rio and even Ella Fitzgerald were not real bandleaders at the start. They waved their baton around, danced, put on a show or in Ella's case, sang her heart out. But no, they were not really conducting the band, it was all show.

Although as the years went by, Ina Ray Hutton studied music and wanted to be taken seriously as a band leader, she did later conduct her all-male orchestra, but it took her years to master it. The earlier women such as Babe Egan and Peggy Gilbert, without a doubt were conducting their bands and even performing with them as veteran musicians and managers. Thus the title to the first famous female bandleaders in history, I would say goes to Babe Egan and Peggy Gilbert!!